NEW VIDEO - LET'S TAKE A RIDE WITH DAVID NEEL! In 1938, Ford sold 415,613 cars for $900 each. 2,703 were convertibles such as this one, making this '38 Ford convertible sedan a very rare car. Scott Newell of Santa Barbara donated this car to the museum in August, 2017. The Standard models were built with 1937 front sheet metal, DeLuxe models, such as this one, received new, updated front-end styling, with a curved grille outline and slightly revised side vents for the hood. This particular car has been tastefully modified to include Offenhauser heads and carbs and is equipped with a three speed with overdrive. It always starts, runs and drives well. We have it out on the road often for parades, car shows and to just run errands. Please watch the Ford video we've attached and stop by The Murphy Auto Museum to see this stunning car in person. 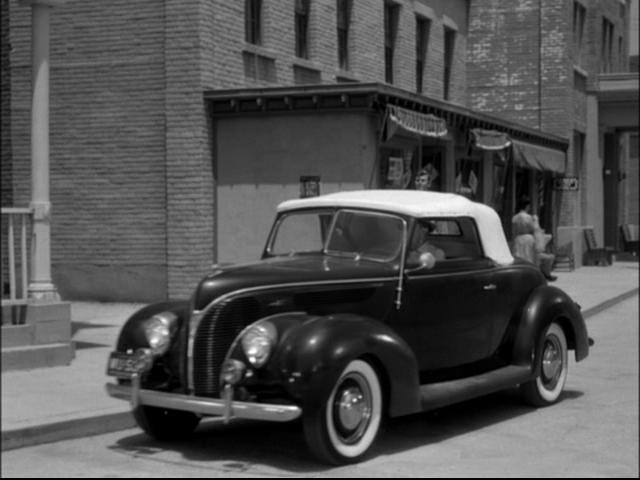